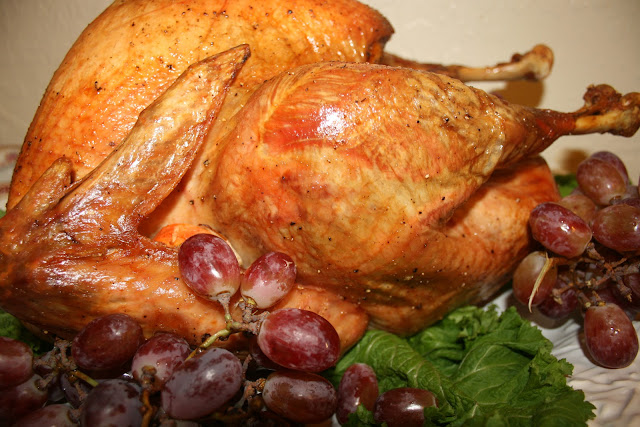 It's been almost a week since Thanksgiving Day and I still haven't blogged about our Thanksgiving dinner and how and what procedures, observations, and end results I have concluded every time I prepare a holiday meal like this. I take note of everything hoping to unravel the secrets of cooking this challenging feast.

This year was a buffet style dinner for fifteen guests of close family and friends. Like before, our Thanksgiving dinner is a joint effort of love from my family. My daughter was in charged of the table setting, cleaning, and decorating the house. My future daughter-in-law helped in cooking, my niece and her daughter helped in some way or another, but I took care most of the cooking, for my son went hunting with his friends.

The night before, I did an all nighter making the cranberry sauce from scratch. I made them in batches in a small pan until I finished a whole bag of cranberries. First, I washed the cranberries and picked the fresh red berries and threw away the white pale ones. Then in a pan I put 1 1/2 cups of dark brown sugar with 1/8 cup of water, after which I added two cups of cranberries and brought it to a boil. I lowered the heat to medium and cooked it for 10 minutes. You will hear the berries popping and that's when the pectin is released which gives the cranberries the gel that makes the syrup thick and gelatinized.

At 9:00 AM I took my turkey out of the ref and washed it thoroughly inside and out with warm water. Pat it dry with paper towels and sprinkled it with salt and freshly grated black pepper generously inside and out. I planned not to put stuffing in my turkey, so I just chopped one whole big onion and snipped a few tops from my rosemary garden and put them all inside the cavity just to have an aroma while it is cooking. The oven was preheated at 450 Fahrenheit and I cooked the turkey for about 20 minutes to give a crispy golden brown skin outside. I covered the breast with a triangle foil so as not to overcook the meat on the breast part. After 20 minutes, I cooked the turkey at 12 minutes per pound at 350 degrees Fahrenheit until done. It took another 4 hours to cook the turkey. Checked with the thermometer for doneness. I then took it out of the oven and rested it for 20 minutes before getting the drippings to make a delicious turkey Gravy.

While the turkey was in the oven, I boiled the neck, liver, giblet, chopped onion, carrots, celery, seasoned with salt, freshly ground pepper, and bay leaf in water for 2 hours on medium-low heat. When cooled, I finely chopped them and added to the gravy.

With a big rubber spatula, I collected the drippings of the turkey and set it aside. In a pan, I made a roux out of butter and flour. When the roux was done, I slowly poured the stock where the neck, giblet, and liver were boiled. In another pan, I warmed the drippings and splashed some wine, strained, and added it to the stock and roux mixture. Seasoned with salt and freshly ground black pepper. The liver and giblet were added last. Simmered on low for a few minutes until consistency became creamy. Transferred to to gravy boats.

The soup was the easiest. I roasted two butternut squash on a sheet for 45 minutes on 350 Degrees F. Cooled them, then skinned them just by pulling with a paring knife. They came off easily. Transferred them into a pot, added the stock,  and used my hand blender to puree. Added heavy cream, salt and freshly ground pepper, and served them with freshly grated nutmeg on top.

All the veggies were boiled in water for about 3 to 4 minutes and then glazed with butter and brown sugar, then served in individual serving veggie bowls.

The canapes were prepared by my daughter and some help from the rest of the family members.

Sorry no pics. Didn't have time to take them. The picture you see above was from the previous year.
Email Post
Labels: Articles Holiday Menu

It was so nice of you to stop by and drop a line. I will surely check out your blog when I get a chance.

Thank you for taking the time to read my blog. You're welcome to come visit anytime.

Lola Chris said…
That's okay. Crying is okay sometimes. We're just humans. You're doing okay. Your doing the right thing because no matter how challenging your situation is, you stick it out. You have a goal and you're reaching for it. It's difficult..yes but everyone including me underwent such a situation. I told myself at that time I had to be strong because I was reaching for my goal. it wasn't easy but i got through it. You will too,, and the million other young people in the world who are experiencing the same thing.. but all these will pass and someday you will look back and say.. "I did it!" You will be proud of yourself. When I was young someone told me, "In life nothing comes easy. You have to work hard for everything. Work hard to get a good education to prepare yourself in the future." Take care and write me directly at my email address at wcchris@gmail.com for more advices. 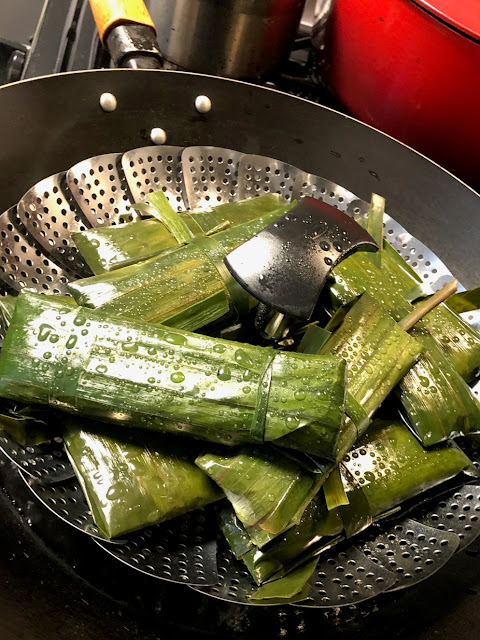